70
Speakers
We have 70 confirmed speakers. Click to see who is speaking.
1500
Attendees
Register Today!
A1


This video is also available in the GOTO Play video app! Download it to enjoy offline access to our conference videos while on the move.

Can musical creativity, something believed to be deeply human, be codified into an algorithm?

While most music theorists are hesitant to claim a "correct" algorithm for composing music like Bach, recent advances in machine learning and computational musicology may help us reach an answer.

In this talk, we describe BachBot: an artificial intelligence which uses deep learning and long short term memory (LSTM) to compose music in the style of Bach. We train BachBot on all known Bach chorale harmonisations and carry out the largest musical Turing test to date. Our results show that the average listener can distinguish BachBot from real Bach only 5% better than random guessing, suggesting that algorithmic composition of Bach chorales is more closed (as a result of BachBot) than open a problem.

What will the audience learn from this talk? How we trained AI to compose music most people cannot tell apart from Bach's own chorales, and the (not so) surprising discoveries along the way. 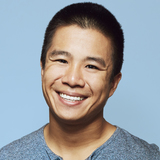