70
Speakers
We have 70 confirmed speakers. Click to see who is speaking.
1500
Attendees
Register Today!
Aud 10

Azure Functions, Microsoft’s serverless offering, allow developers to focus on their code and not be concerned with infrastructure or DevOps. Thanks to a slew of built-in integrations, you can use configurations rather than code to send and retrieve messages to various services or be triggered by events in those services. One such integration is with Azure Cosmos DB, the multi-model, globally distributed NoSQL data service. Cosmos DB exposes data as documents that you can access via SQL, MongoDB or Cassandra as well as graph and key-value store. In this session, you’ll learn how to build data-focused Azure Functions that interact with Cosmos DB.

What will the audience learn?

Does it feature code examples and/or live coding? There will be plenty of code and some live coding in this session. 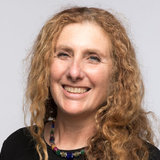