77
Speakers
We have 77 confirmed speakers. Click to see who is speaking.
1650
Attendees
Register Today!
A2+3

The future of high-speed transportation

She was responsible for the supersonic parachute system that was integral to the landing of the Curiosity Rover on Mars in 2012. Then, led the development of the Cold Atom Laboratory, a laser-cooling quantum physics facility for the International Space Station which created the coldest spot in the known universe in 2017.

And now, she's focusing on the design of a magnetically levitating, electromagnetically propelled, passenger vehicle in a vacuum tube, known as the hyperloop.

Dr. Anita Sengupta has worked as a rocket scientist and aerospace engineer for over 15 years, developing technologies that have enabled the exploration of Mars, Asteroids, and Deep Space. With her new role as Senior VP of Systems Engineering at Virgin Hyperloop One, she's working on a new challenge on Earth: the future of high-speed transportation. 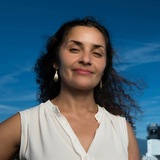