Why Static Typing Came Back

The 1990s birthed Python, Ruby, PHP, and JavaScript - dynamic programming languages that went on to be extremely popular. Today, each has a widely used static type-checker: mypy, Sorbet, Hack, and TypeScript. By RedMonk rankings, the most popular languages released in the past 15 years have been TypeScript, Go, Kotlin, Swift, Dart, and Rust - all statically typed.

If a generation of popular dynamically typed languages grew out of dissatisfaction with 1990s-era statically typed languages, what changed? Is it a matter of fashion, and the pendulum will soon swing back to favoring dynamic again? Is gradual typing the future, because it promises the best of both worlds? If so, then why aren't Go, Kotlin, Swift, or Rust gradually typed? (Dart was originally, and later changed to static!)

Why has static typing made such a comeback in the past decade? And what does it mean for the future? This talk dives into all of these questions, and more! 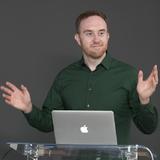