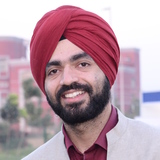 Winner of the 2020 UN Climate Action Award, GHE’s work of impact tourism has been documented by National Geographic, BBC and NDTV to reach out to a worldwide audience and has been internationally recognized and awarded by the WTTC and the World Tourism Awards. The UN-WTO and the G20 have recognized it as one of the successful case studies impacting SDG Goal No 7.

An IIT graduate, Jaideep has been instrumental in bringing the narrative of Sustainable Development to the wider arena through several articles and as a speaker at Davos, SEforAll GOTO and ADB. He has been featured repeatedly at Davos among the top leaders inspiring change in the world. Jaideep is also an Asia Foundation Fellow and was recognised as a Young Global Leader by the WEF.