Why You Don't Trust Your Linter

A linter is a very useful tool that developers use to find problems in their code and make sure it works correctly. But contrary to compiler errors which are followed to the letter, developers often ignore the errors reported by the linter even though both have the same goal: make sure your code works well.

Developers don't actually trust their linter, and a substantial number of developers even stop using them altogether because of that. In this talk, we'll explore the underlying reasons and how to solve them. We'll look at the problem from the design aspect of the tool, as well as from the users' side. 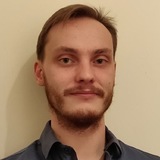