The Importance of Forgetting for Both Humans and Machines

As humans, we often think of forgetting as a failure of memory, but there is increasing evidence that forgetting is actually a core function of memory. This is clearly true for machine learning, where forgetting is required in order to adapt to new realities, and comparisons between human and machine memory point towards potential reasons why even the simplest organisms have evolved to forget.

While in humans change often causes stress, with the negative effects that stress brings, in machines change often leads to failure. In both humans and machines adapting to change requires accepting change as a constant, and working to adapt on an ongoing basis. In both cases, adaptation generally improves with experience. While in humans change is part of our lived experience, machines must generally rely on external actors (humans) to help them adapt.

This talk will explore:
The importance of forgetting for both humans and machines, and the role of forgetting and relearning in adapting to the stresses of change. State of the art processes for adaptation of machine learning models in production settings, and Google’s experience and approach for its products and services. 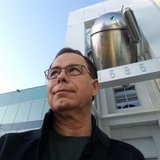